A Team Activity to Start a Design System 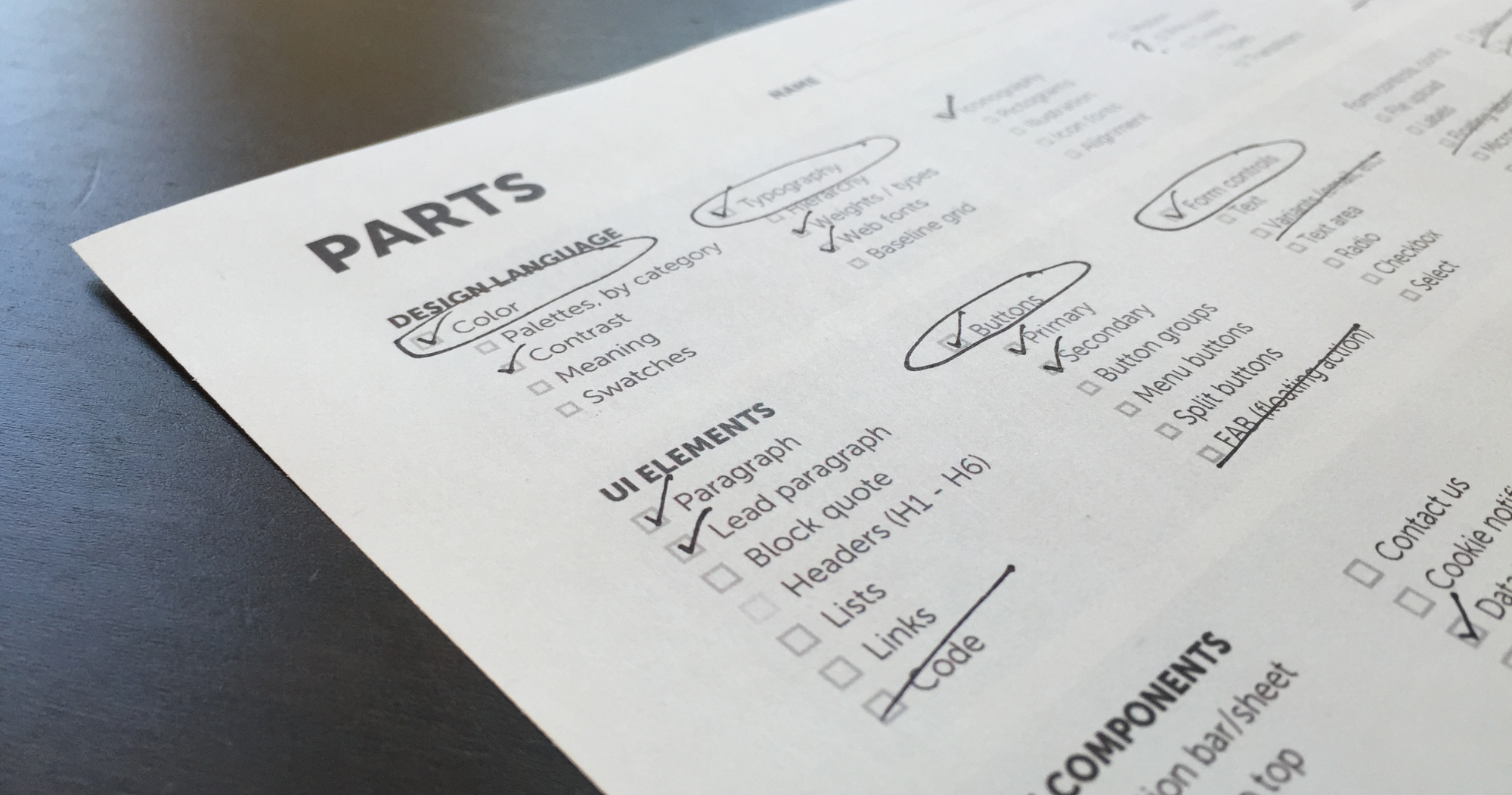 Teams can be awed by the scale and spread visible in finished systems like Material Design or Lightning Design System. Systems can be both incredibly broad and deep once fully formed, if they ever get that far. Faced with such scale, getting started can be quite daunting or avoided altogether.

I’ve had success leading small teams through a quick, two-stage activity that, over ~60 minutes, bridges from exploring the myriad Parts of a system to considering People involved and Products it’ll impact. The activity is grounded by participants completing and sharing work of a two-page worksheet (download the PDF or INDD source).

The moderator — often, a design system lead — walks away with well-structure data to inform system strategy and priorities.

Equally important, however, is how the activity effectively reveals a lack of alignment and personal biases across a team. By recognizing these gaps and discontinuities early, a team can draw boundaries around and break barriers of what the system can become sooner and later.

Here’s how the activity works.

The first stage orients the group around tangible parts. Each person identifies what matters—and doesn’t matter—to them.

As participants finish, arrange all worksheets on a table. Let them scan the results and hunt for patterns, and then begin the discussion.

The system’s tangible Parts are familiar to beginners and experts alike. Using a second worksheet, you can bridge their appreciation of these parts to equally important and complicated concerns prioritization, Products to which the system applies and People that may be involved.

Generally, it’s good to provoke discussion after each column (Parts then Products then People) but that can elongate the session and limit discussion on Products and especially People.

For each column, highlight:

End with “Closing Standup,” where each person articulates the 1 or 2 key themes or impressions one-by-one, around the circle. This should take no more than 3 to 5 minutes, give each participant a (last) voice, and enable a moderator to conclude with final thoughts and next steps.

What’s Next After the Activity?

After the activity, the moderator can:

Best of luck getting your system off the ground!